One of the things I love to do is find fresh, new ways to use old things. For example, take these antique toast racks I found in London. 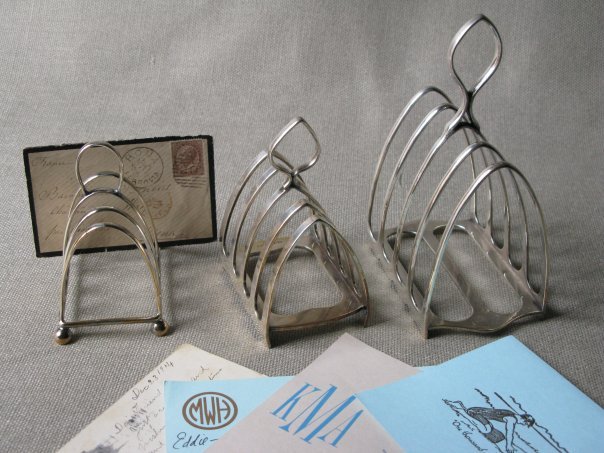 They’re hotel silver, probably from the 20s, though the earliest known examples date as far back as the 1770s. Typically, such toast racks were made by soldering five to eight silver-wire partitions to a solid base. A central ring served as a handle for passing the rack around the table. Some of the more clever designs involved expanding or folding components to minimize space. Others incorporated egg-cups and receptacles for jam or marmalade. I still love using them for toast at an intimate Sunday brunch with friends, but they’re also great on a desk to keep letters both accessible and organized. And far prettier than those cookie-cutter things from Staples!