Here’s an idea for decorating pumpkins that’s simple and chic. I’ve seen it done as a craft project for kids with orange pumpkins and colored trim but wanted to put my own, more sophisticated spin on things. 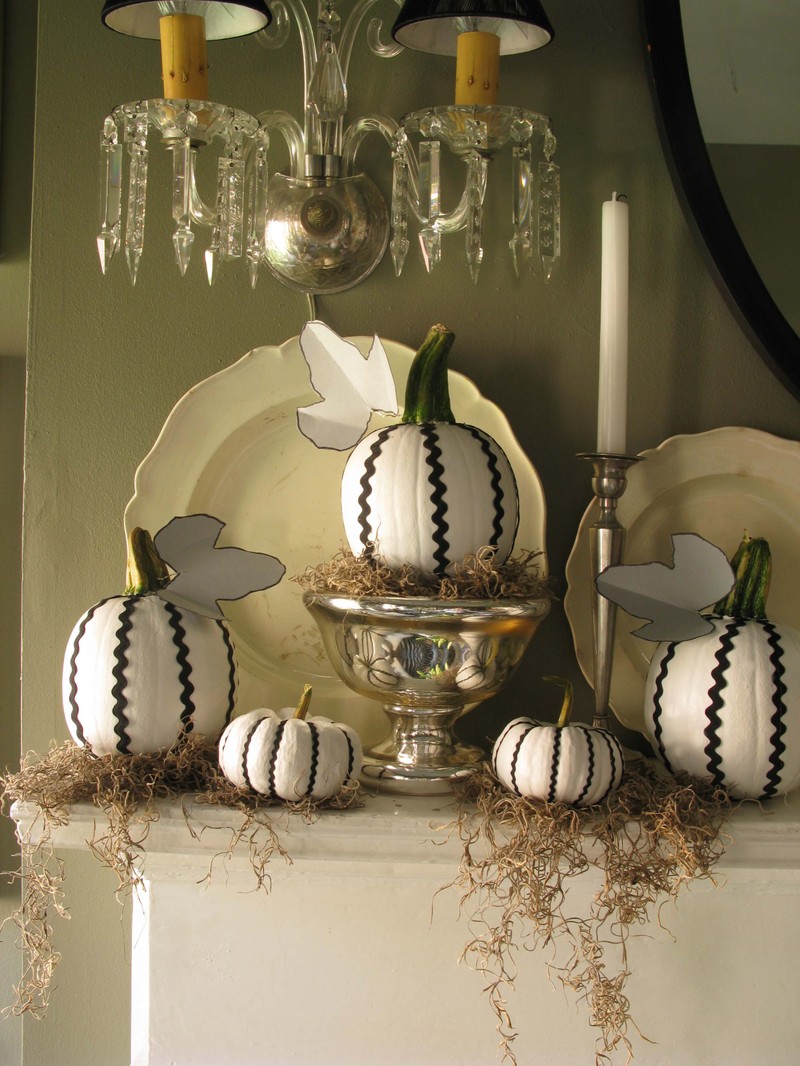 As much as I love white pumpkins for their soft, subtle hue, they’re definitely not the easiest to find, especially in the city. So when life gives you lemons, or in this case orange and green pumpkins that were a touch too colorful for my taste, paint ’em yourself! 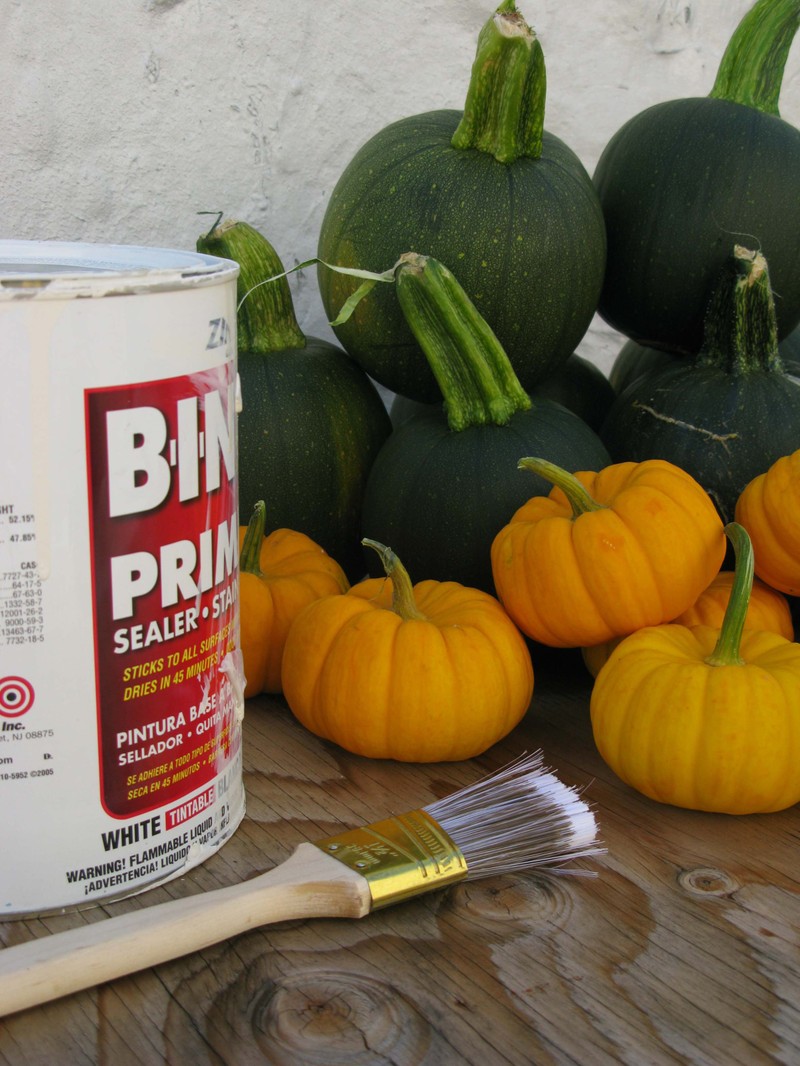 With a can of Zinsser primer I’d already had on hand, up to the roof I went for a little pumpkin paint party all my own. One good coat, let dry overnight, then a second and presto chango! Perfect white pumpkins. 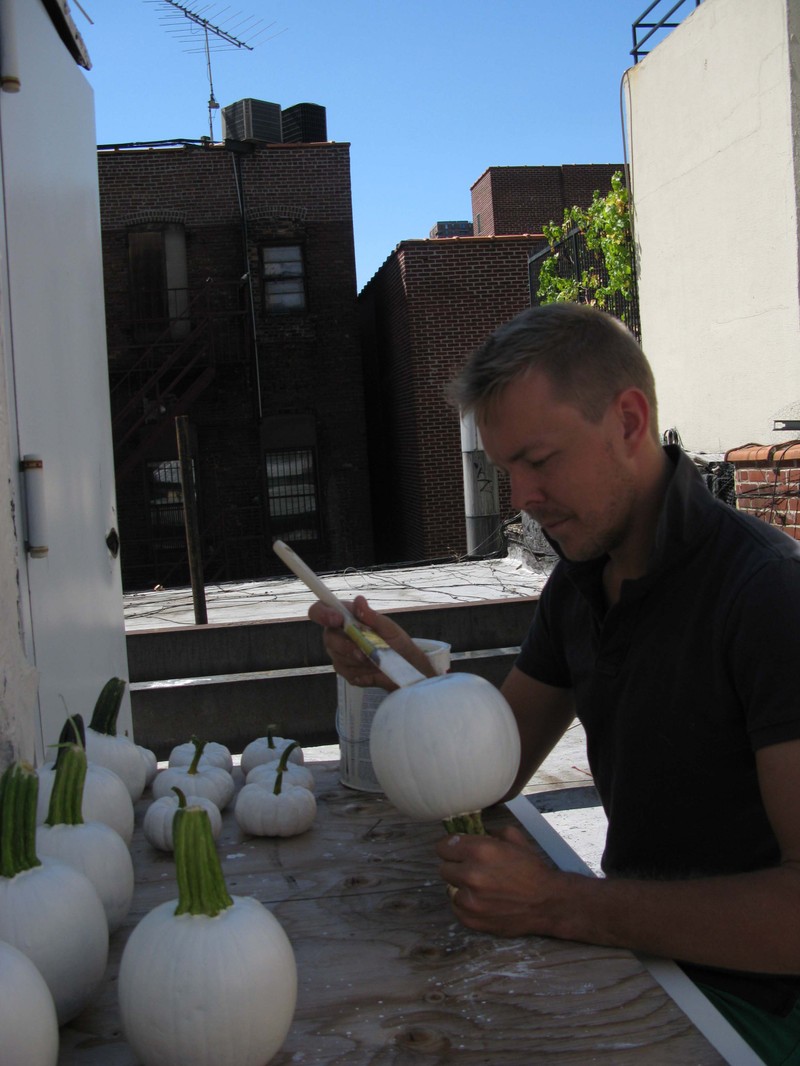 The stems I left green for a more natural look. They may be painted, but it’s almost as if they grew that way! 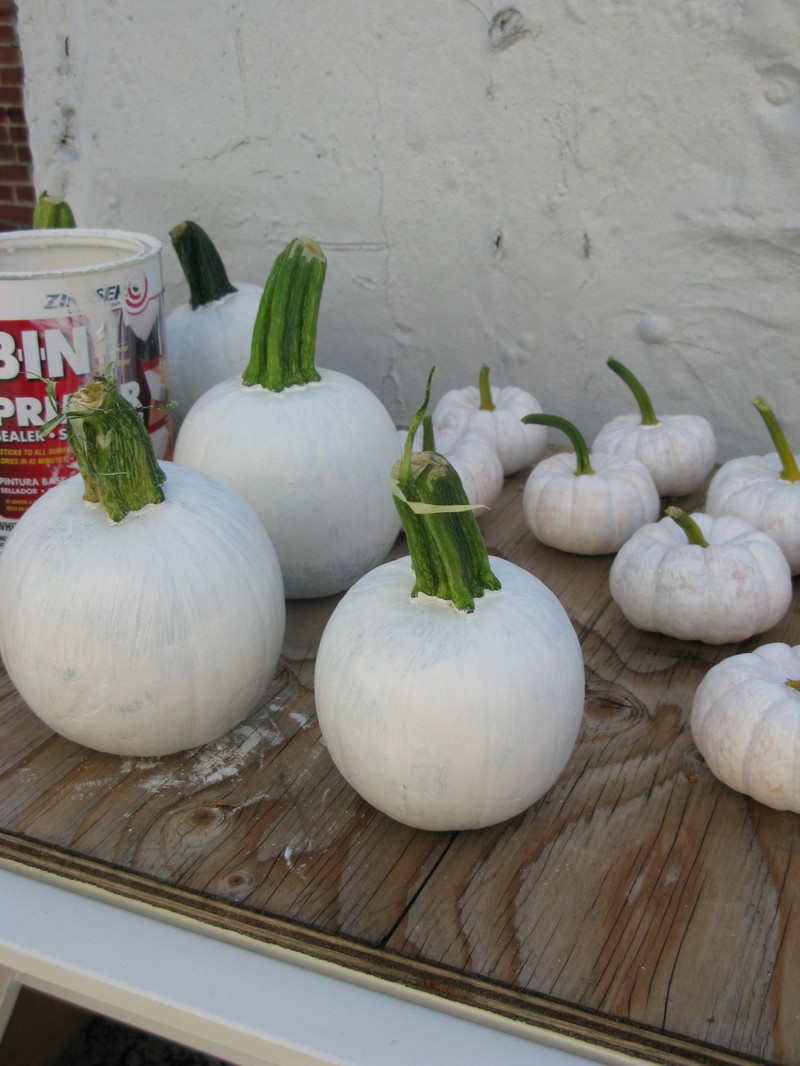 I’ve always been a fan of ric rac trim. In kindergarten, I remember Mrs. Walters pulling out a roll around Christmas time for decorating ornaments, and I was hooked! Here, ric rac gets the adult treatment for a Halloween mantle that’s simple and sophisticated. Working from the stem of the pumpkin to the bottom, I hot glued the trim piece by piece. Then, after a quick image search for "pumpkin leaf," I folded a piece of gray cardstock in half, drew the outline freehand and cut it out with a scissors. 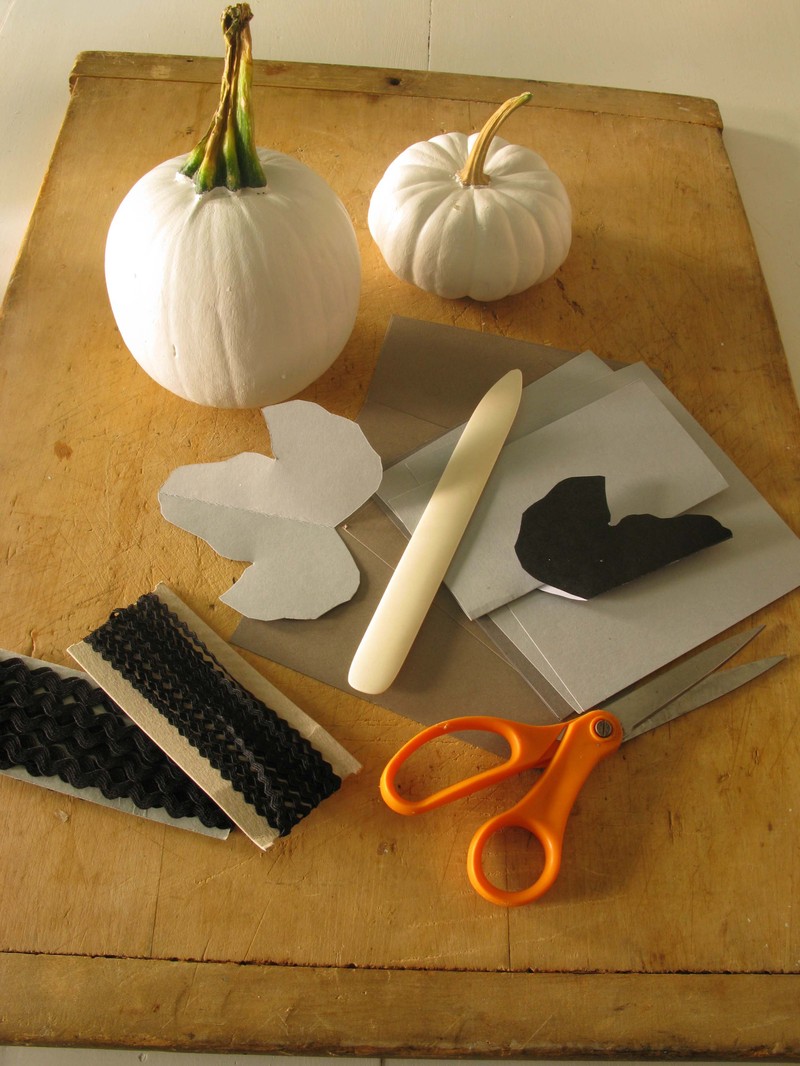 A little marker around the edges for depth, wire to attach and voilá! Propping, by the way, can make even the easiest project look professional. For my Halloween mantle, I paired ric rac pumpkins with mercury glass compotes, creamware plates and silver candlesticks. Finally, the Spanish moss gives it that extra touch that’s spooky but still oh-so-sophisticated! And if you’re feeling inspired this weekend and want to give ric rac pumpkins a whirl, feel free to leave me a comment! I’d love to hear about it. 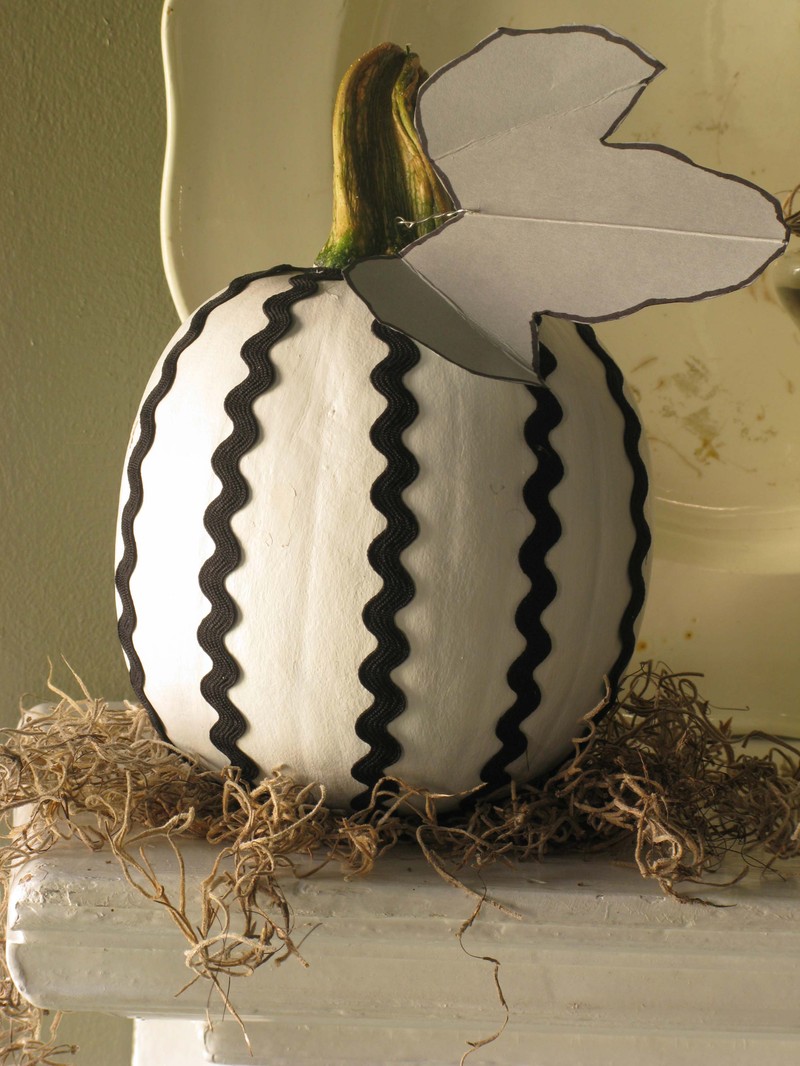