A Summer Setting for Southern Living

Just back from Chicago, heading down to Atlanta next week, but in the meantime, here's a summery table setting I did at one of my favorite stores in town, published in this month's Southern Living. Mrs. Howard, it's called, the dazzling brainchild of designer Phoebe Howard and her husband, architect Jim Howard. Phoebe I met years ago when I was an editor at House Beautiful. We were at a party together in High Point, and she's been a great friend and mentor to me ever since. Her home furnishings store in Atlanta is among the most beautiful I've ever seen—the perfect setting for a southern table, mixing new and old pieces in a garden fresh palette of green and white. 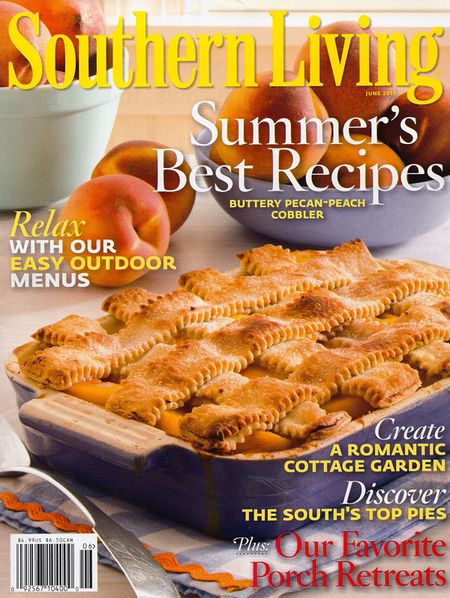 Originally, we worked with Karen Carroll and Dawn Cannon to produce this story for Southern Accents, but when it closed, the film went to its sister publication Southern Living.  Fortunately, editors Lindsey Bierman and Jennifer Kopf, both longtime friends in the business, liked the story and decided to run it. Combining flea market finds from Scott's, together with new pieces from Mrs. Howard and others, I wanted to create a table that balanced formal and casual elements. Southerners love collecting pretty things and, what's more, they're not afraid to use them! Even though the pieces themselves may be formal—mother of pearl knives, etched glass bowls, silvered goblets—it's you as a host that sets the tone for your party. You can be as formal or casual as you'd like! Click twice on the image to enlarge. 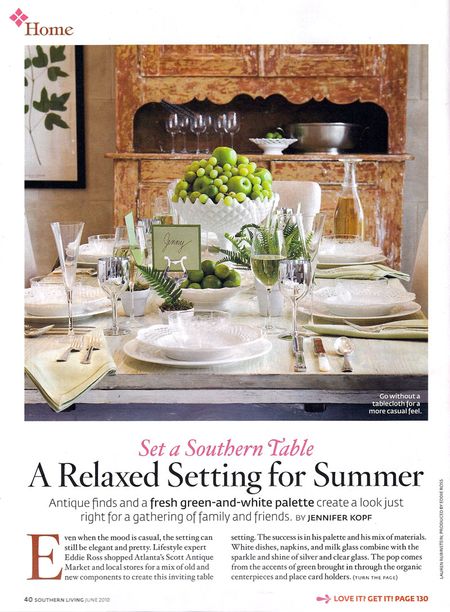 A no-fail way to create an elegant look year round is to combine white or cream with varying tones of a single hue. For this table, I did a mix of greens, inspired by garden ferns and farmstand fruits. The menu and place cards Jaithan wrote—if you could see my handwriting, you'd know why—while the the monogrammed spoons were a gift from reader Ann Chamberlain of Northern California. Overall, I think the look is fresh without being fussy, editorial but approachable. And doable too! Layering china, mixing flatware and arranging fruit for a centerpiece are all easy ways to get the look without a lot of work. Click twice to enlarge. 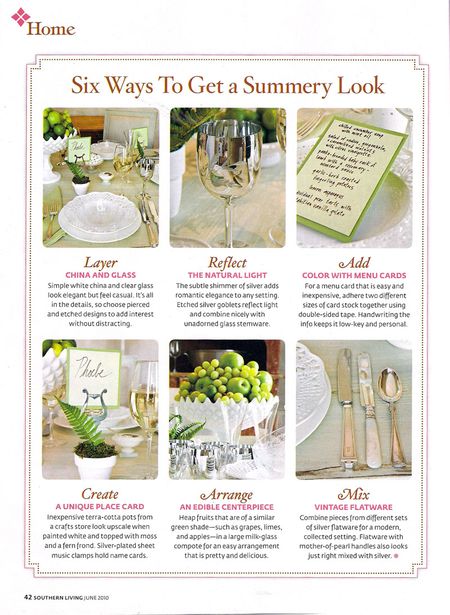 Huge thanks again to the editors of Southern Living and to Pheobe Howard for letting us take over for the day! We'll be back in Atlanta very shortly, first for a spin through Scott's with some of you on Sunday, July 11th. There's still a few spots left, so email Jaithan for a reservation (jaithan@eddieross.com). Then on the 17th, I'm giving a talk at AmericasMart on 15 Stylists' Secrets to Easy Entertaining. Thanks for the time away, everyone! It's great to be back!