Georgia On My Mind

Before the summer slips away, here's a table I designed during SCAD Style, a dazzling series of events on style and design at the Savannah College of Art and Design in May. Jaithan and I were in town for a panel called From Magazine to Monitor — The Rise of the Blog, moderated by Michelle Adams from Lonny.

In addition, we were asked to design the table for a special dinner hosted by President Paula Wallace for visiting artists and their guests at a gallery on campus. On view, I learned, would be an exhibition by San Francisco artist Clare Rojas. 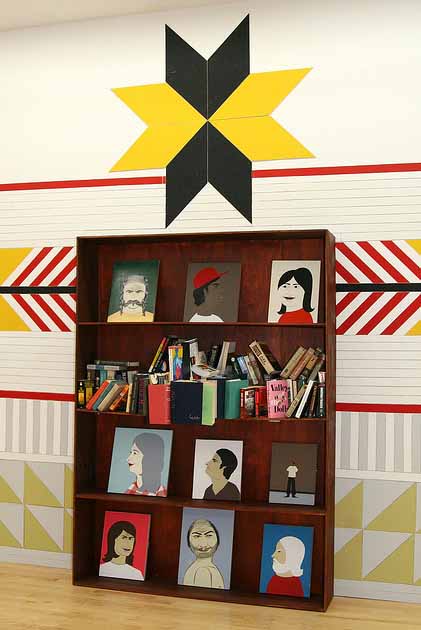 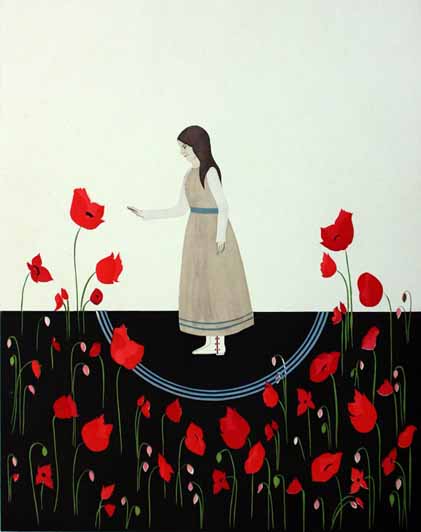 I've always loved old quilts myself and, like Clare, wanted to bring them to the table in a more modern way. Researching antique patterns on eBay, Jaithan and I narrowed them down to three we loved, then sent them over to the talented students of Working Class Studio at SCAD, who silkscreened their own interpretations onto linen runners in a crisp, lime green. 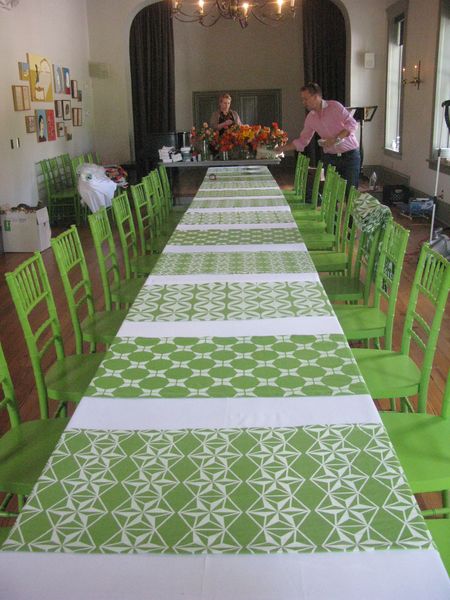 The fabric I'd found at one of my favorite sources in the city, Grey Line Linen. The students even made custom napkins using the same linen, each with a single element from the quilt patterns enlarged in scale. I thought they'd make for a cool, graphic play on the runners. 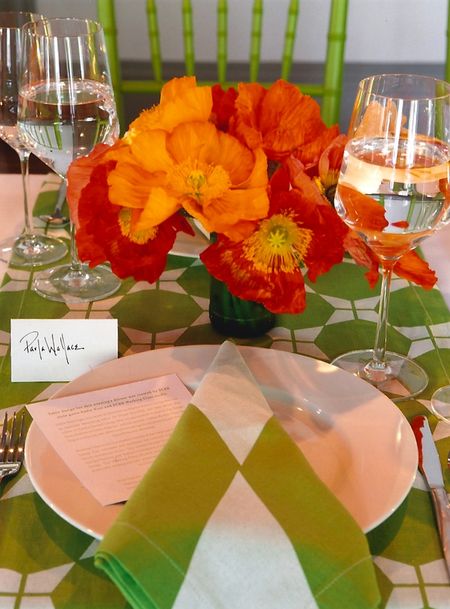 While students from Working Class Studio helped me set the table… 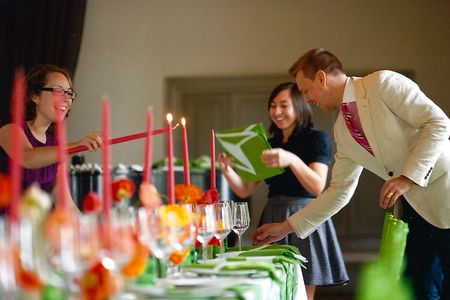 Jaithan finished arranging the poppies in vases around the room. 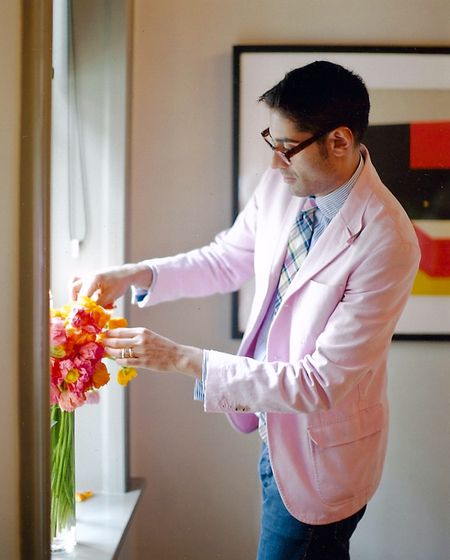 Here's the table finally done with handmade tapers in a pretty watermelon from our friends at Creative Candles. Together, the combination of colors felt fresh and modern without being childlike. 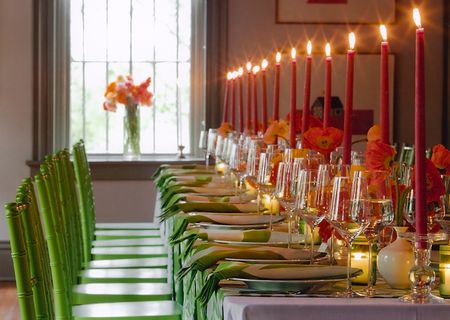 Everywhere around, it was as though the art on the walls spoke to the table itself, giving it Life. 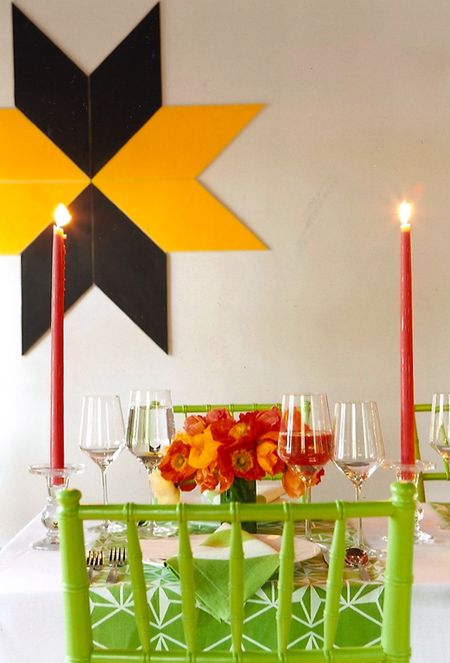 Details abounded like these menus interpreted by SCAD students using the same quilt patterns we used for the linens. 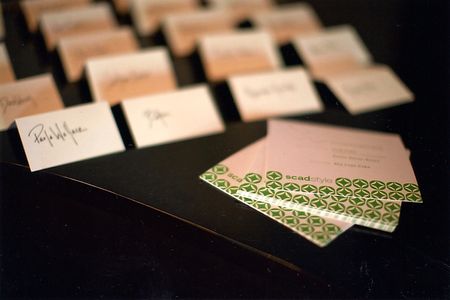 Even the food was in keeping with the color palette! 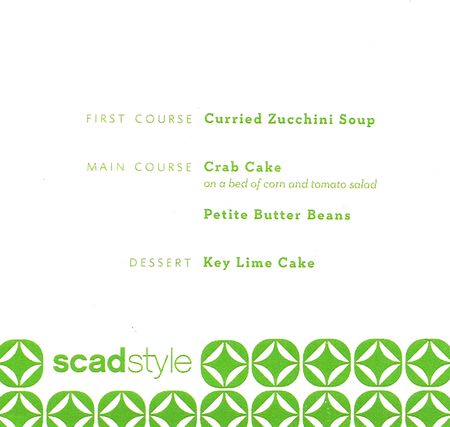 And on the back, more about Working Class Studio and the artists whose work we featured on the table. 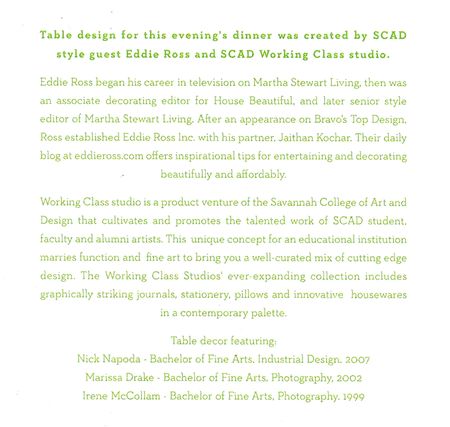 So as evening settled over Savannah, the candles were lit and the festivities began. 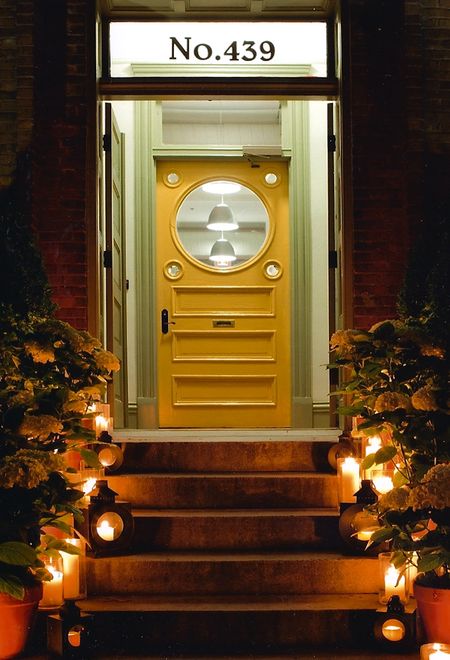 Here's Jaithan with Michelle Adams, Nick Olsen, Phoebe Howard and her daughter Nellie, a recent graduate of SCAD, during cocktail hour before the big reveal. 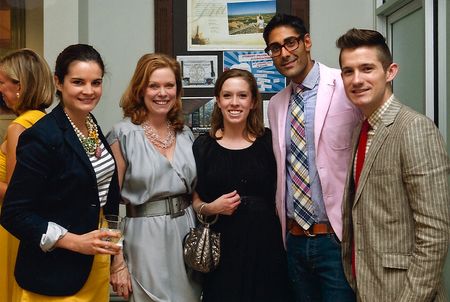 "Eddie," said President Wallace, with tears in her eyes. "It's beautiful." 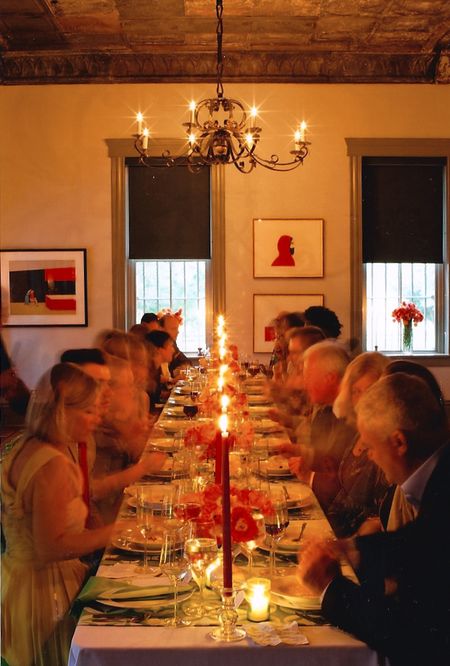 And with that, guests took their seats, toasting, laughing and listening to the sounds of SCAD's very own Honeybees, singing Georgia On My Mind. 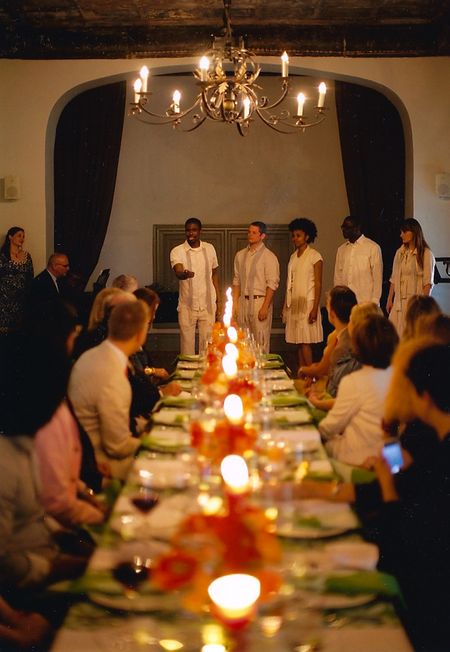 Thank you to President Wallace, Rebecca Gardner, photographer Adam Kuehl and every one of our dear friends at the Savannah College of Art and Design. Your hospitality, your city, your soul, are truly magic.