As a magazine editor, I was used to working on a holiday calendar that was, shall we say, whacked: Christmas in July, Easter eggs in January, and a slew of Thanksgiving table settings just in time for Valentine's Day! Despite all of that, last week's Halloween shoot for HGTV felt strangely odd, ironic at times, and always full of surprises. Maybe it was racing across the Bay Bridge with Jaithan for a few precious pounds of dry ice, while the marine layer shrouded the city in a thick, insistent fog. Or the trip to the flower market at five in the morning, passing up fresh-cut zinnias and hydrangeas for dried corn stalks and Spanish moss. Odds are, though, it was this: the carving of pumpkins in a sweltering 90 degrees, after which Bill, our super cool DIY-Dad on the show, turned to us and said, "Do you guys want to go for a ride in my plane?" 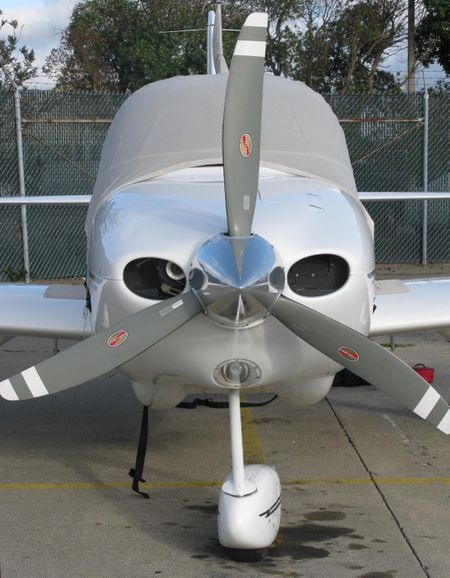 With our shoot still two days away, this was a chance we couldn't pass up! Off to the Oakland airport we went, and after strapping us in his gleaming new plane… 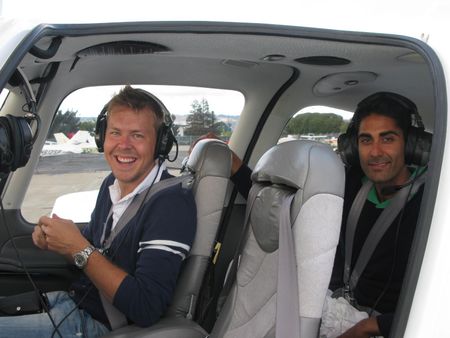 Bill filled up on fuel. 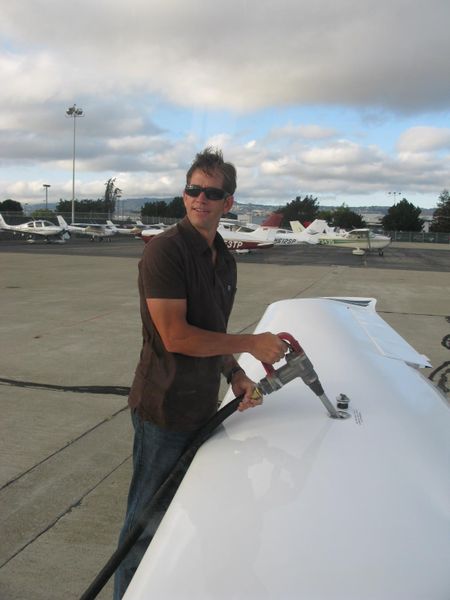 This would be a perfect evening for flying, he said, looking out from the cockpit, preparing the plane for take-off. Then, after all the necessary checks, we were off! 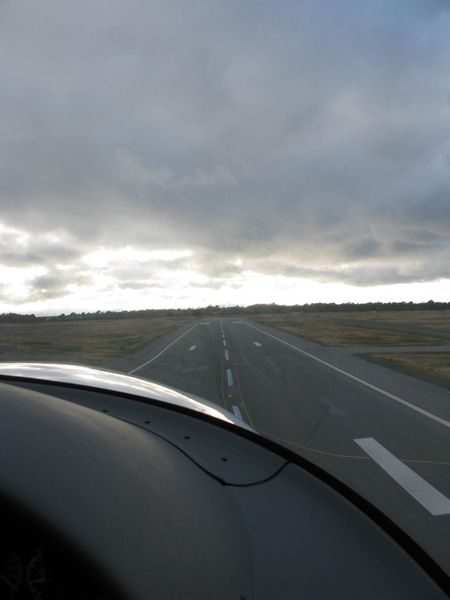 One word: Privileged. That's the only way I can describe the experience. Everything about it was absolutely stunning! To share with you some of the journey, see that bridge on the horizon? 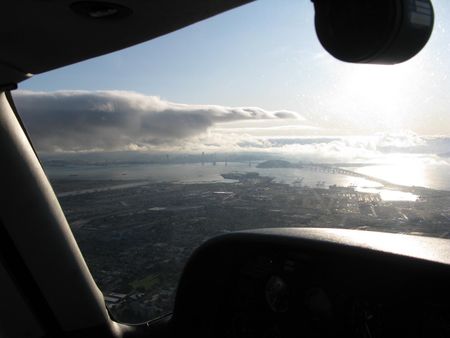 It's the Bay Bridge leading to Treasure Island with downtown San Francisco in the distance.

Here's the Transamerica Pyramid as I've never seen it… 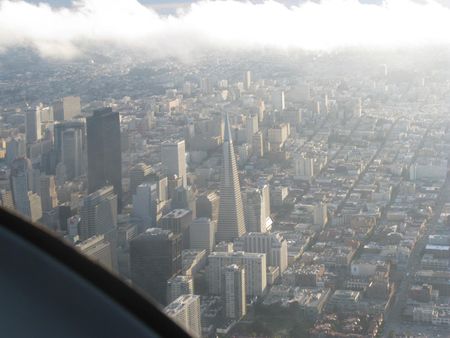 …after which Bill made a sharp turn for a bird's eye view over the city. 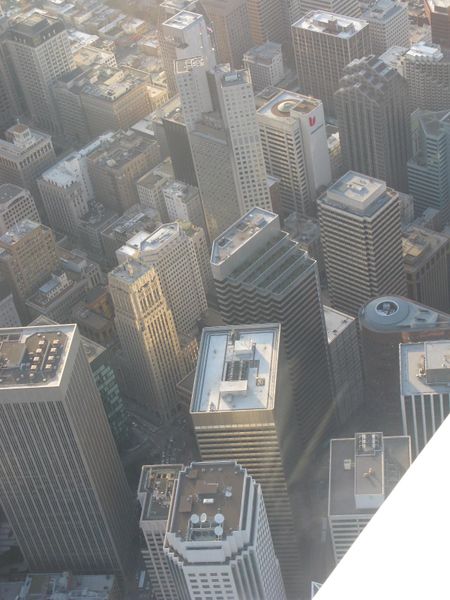 From there, we headed out over the Bay again, first for a glimpse of Alcatraz… 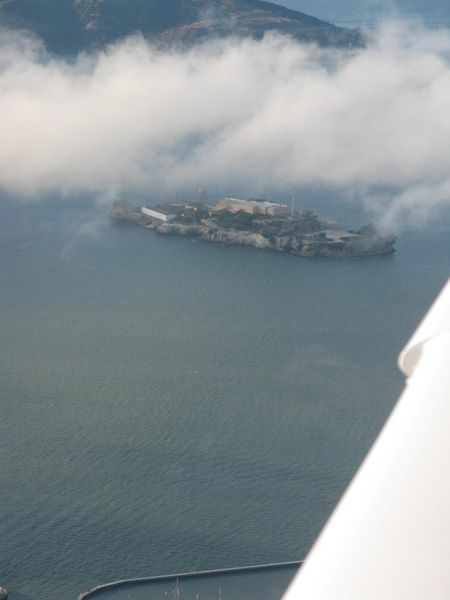 then, to the great Golden Gate beyond. 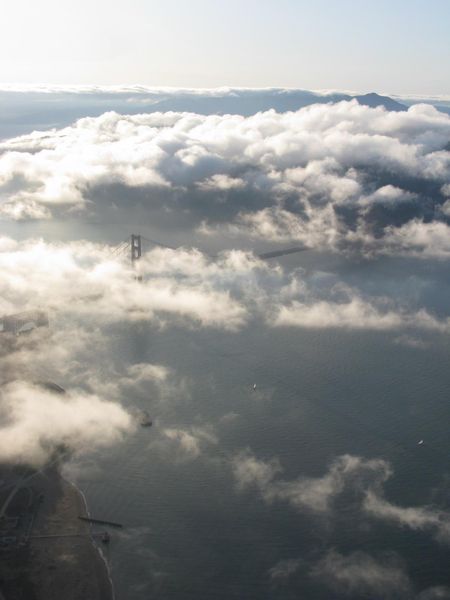 Truth be told: I'd never seen the Golden Gate before this trip, and as happy as I'd been to snap a picture driving across the day before… 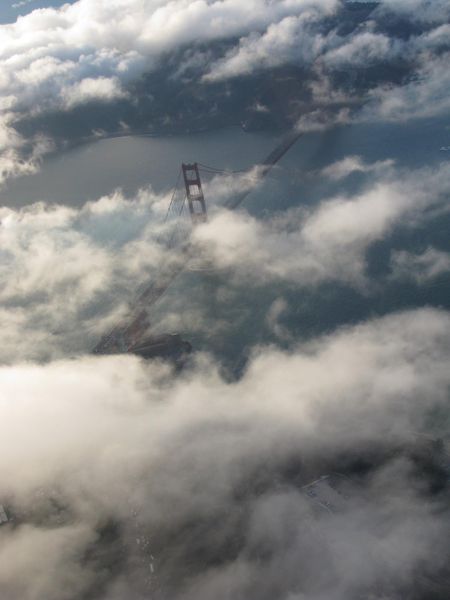 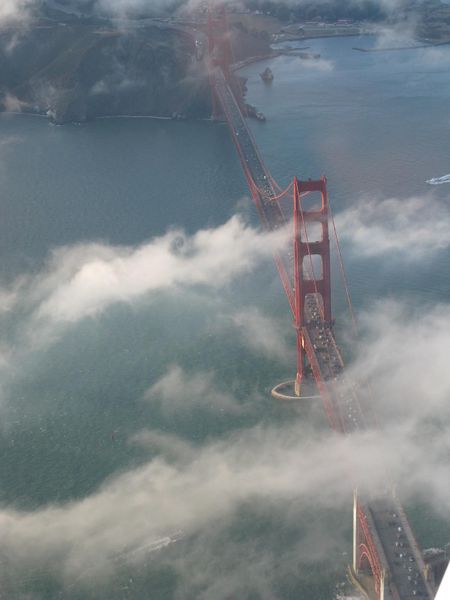 Even the light over the Pacific had a beautiful, celestial sort of beauty. 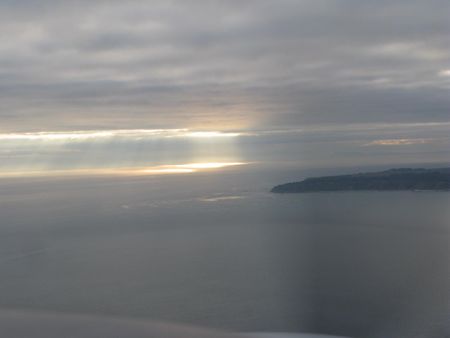 From there, we turned northward to Marin with views of Sausalito and Tiburon below. 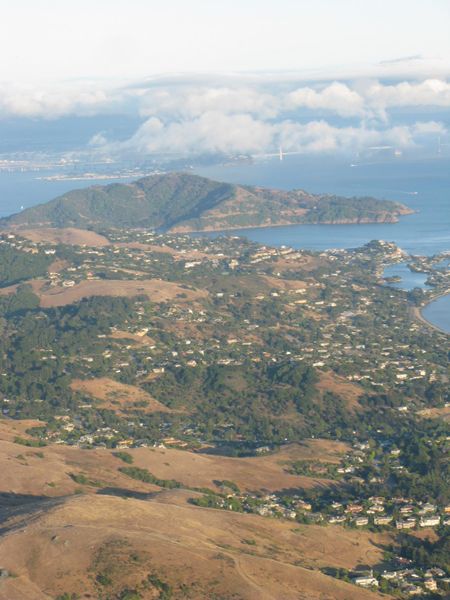 Here's the peak of Mount Tamalpais, some 2500 feet above sea level. 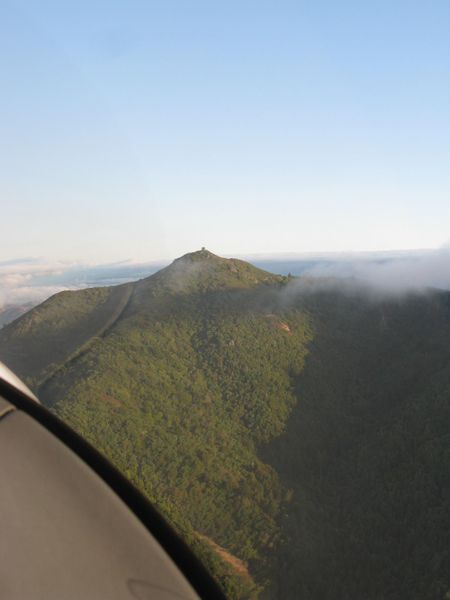 What a climb! By the time we reached the top, I was exhausted. 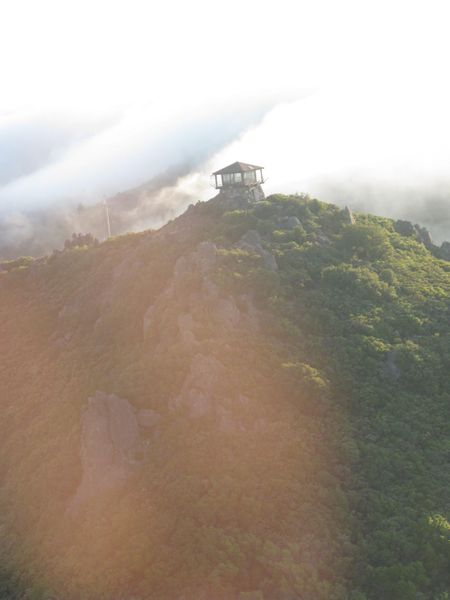 As if the views over San Francisco and the Golden Gate had not been breathtaking enough, Bill then decided to chart a course for one of his favorite spots—Napa Valley! How pretty are the vineyards from the air, like verdant fields in a beautiful patchwork quilt? 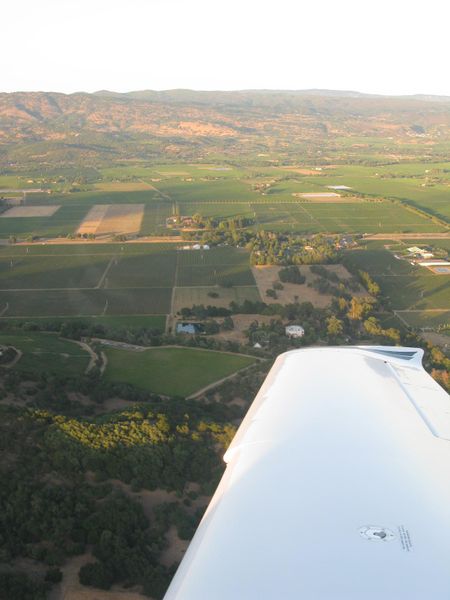 After touching down in Napa, and a quick glass of Pinot at the airport(!), the three of us headed back into the air, just as the moon began to rise. The cool blues, greys, and pinks, morphing and deepening at dusk, could have easily inspired the palette for a soothing seaside retreat. 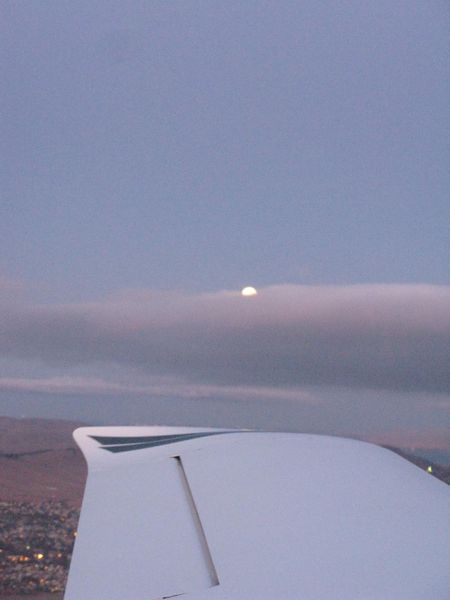 Night fall over Oakland was like a vastly intricate computer chip that went on forever. 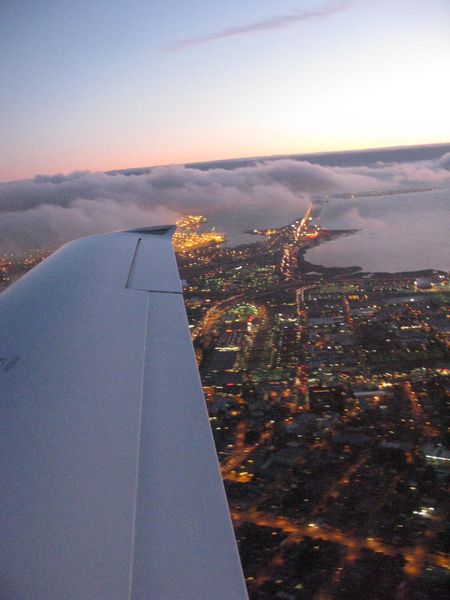 There was even a game of baseball (or something like that) at the Oakland Coliseum. How cool is that? 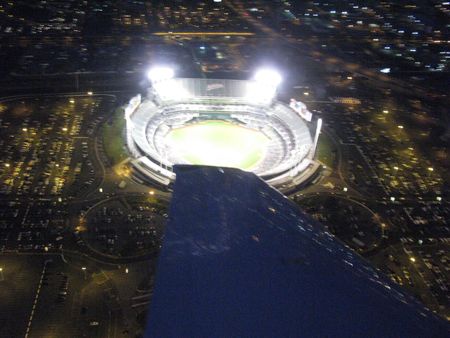 Finally, as Jaithan helped land the plane in the red glimmer of night, and Bill signed off the air, I couldn't help but marvel at all the day's events: Am I really out here doing an HGTV special, and moreover, did I just go to Napa in the homeowner's private plane!? 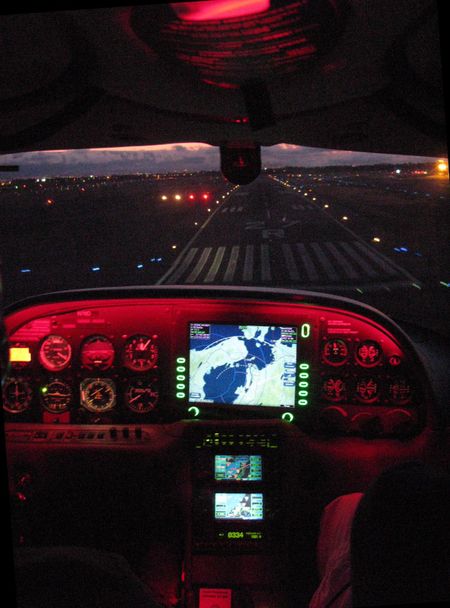 Privileged? Yes, but even more for the chance to share it with you. Glad to be back, everyone!