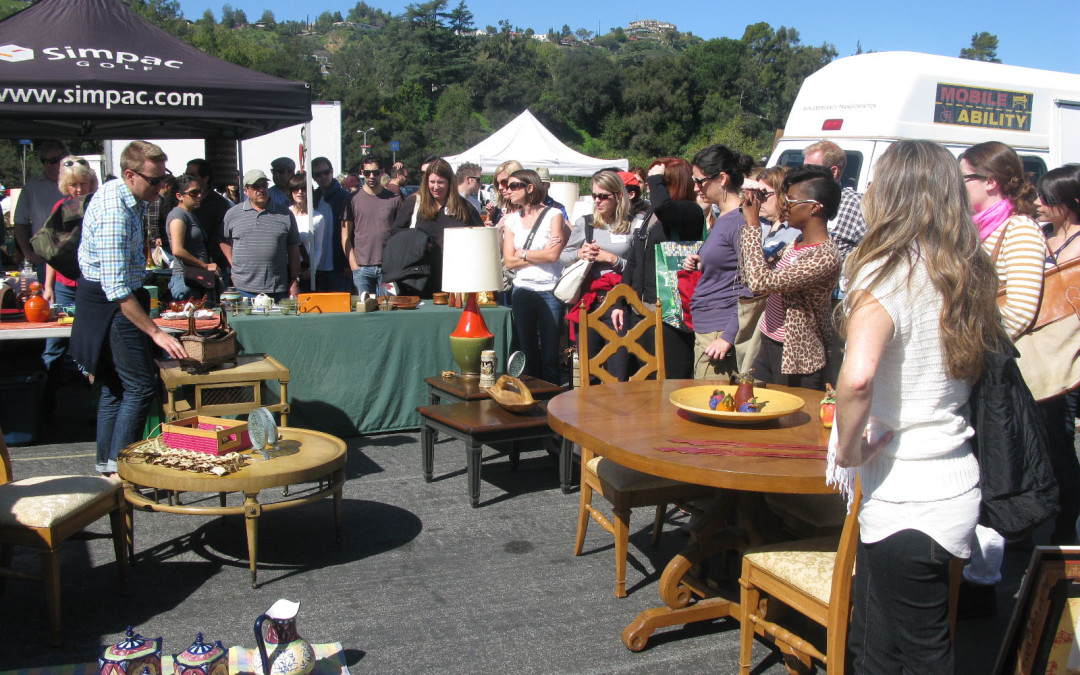 I’ve shopped the Rose Bowl here and here, and also here, but this time I did it with my good friend Anna. She interned with me at Martha back in the day, cut her teeth at Kelly Wearstler and has since gone on to do fantastic things. We were both a little hungover tuckered out that morning, but after beelining to the food stands and inhaling our breakfast burritos (hold the beans, please), we were off! 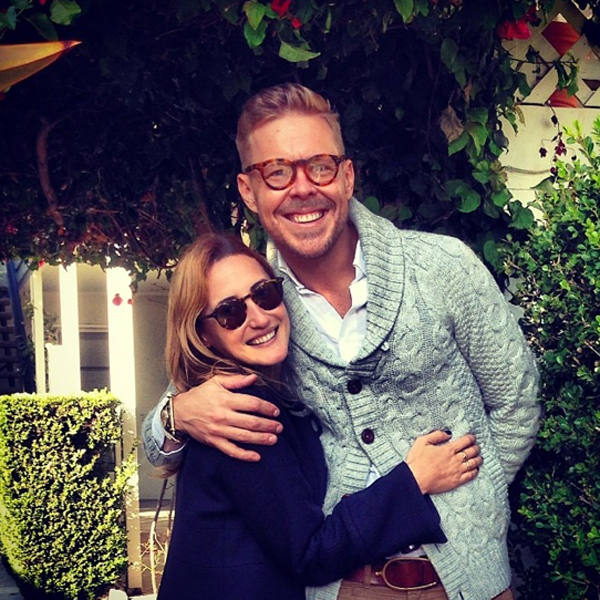 First sighting of the day: this gorgeous set of mid-century blond wood chairs. They’re like a modern version of a classic ladder back, which I love. I’m thinking I’d cover them in a neutral leopard. The price was dirt cheap: $350 for all 6. We totally need new dining chairs right now; if only they had fit in the overhead bin or under the seat in front of me. 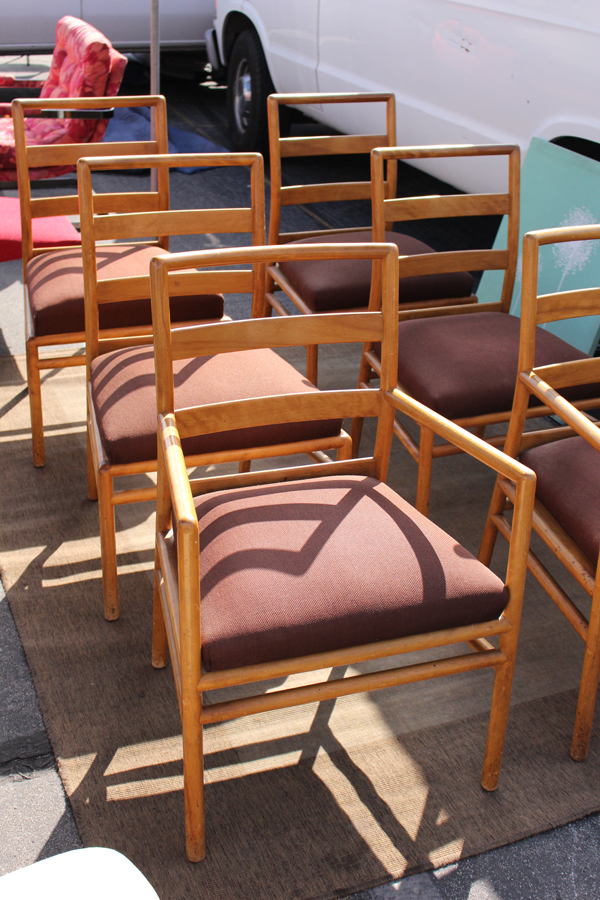 Next up: a pair of great ginger jar lamps on Chinoiserie stands. I love how the drippy golds and greens in the glaze give them a cool, mottled feel. Pair these babies with black drum shades lined in gold and you’re, well, golden. Add agate finials, and I might just cry. Good in a bedroom; great in a living room; drop-dead gorg on a console (especially if it’s lacquered red with a glamorous Venetian glass mirror over it.) Oh, and the price: $100. Hello?! 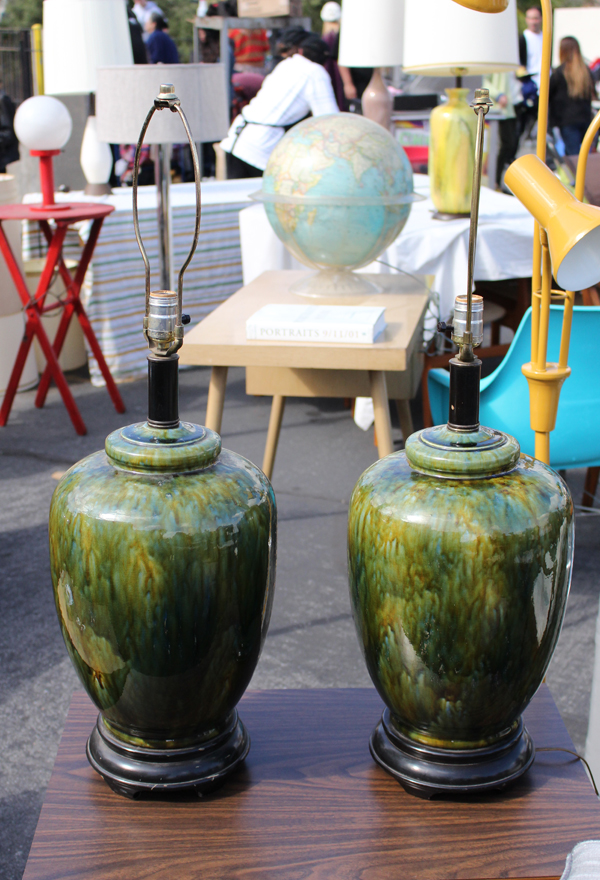 A stylish ginger jar lamp is a little like my favorite castaway on Gilligan’s Island: a mooooovie star! This one has piercings in all the right places. I see a blue and white awning-striped shade with a black finial between two twin beds with gilded bamboo headboards and a colorful mix of blue and yellow bedding. Morning, Sunshine. Why aren’t you pretty? 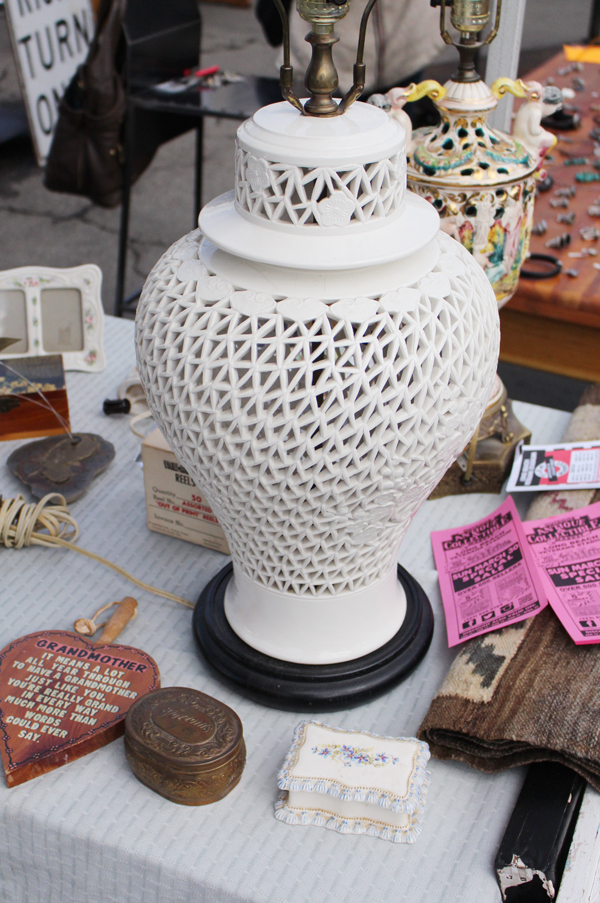 Next obsession: a set of four Lucite and silver candlesticks with super sleek lines. I’d cluster them on a mantle with colorful tapers in a punchy turquoise or coral-y watermelon, or on a brass tray adding height to an ottoman or coffee table. The price? $25 for four, said the nice man with the wad of cash. And in my bag they went. 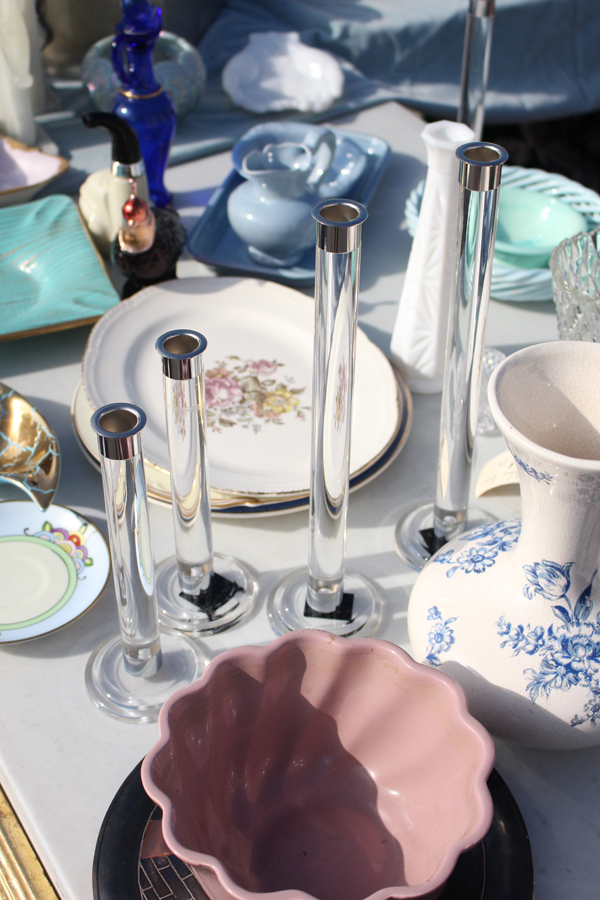 I love unusal objects in a mix of materials, so this little number spoke to me. You take the horn, you take the brass, you take them both and there you have: CHIC! Even though it’s a vase, water might leak; instead I’d clean it up, then place it on a bathroom vanity filled with make-up brushes…you know, for all that make-up I have. 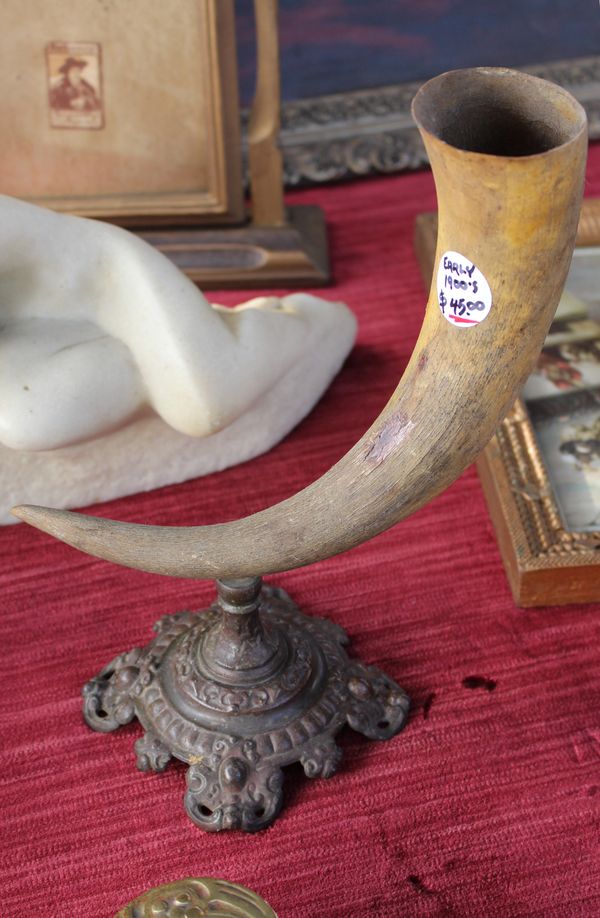 Finally (well, not really of course but finally our sake), check out this great set of 1950s Dirilyte Anna picked up with six iced tea spoons (she’ll use them to mix drinks), four cocktail forks (she’ll use them for lemons and limes) and two cheese spreaders (she’ll use them to, um, spread cheese). That mid-century star pattern reminds me of California agave; love! 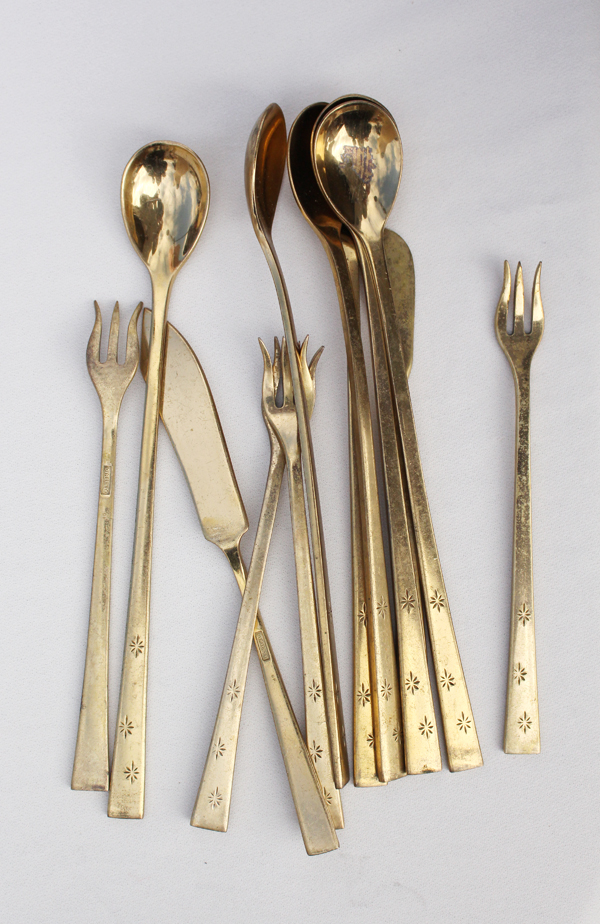 Speaking of, agave margaritas, anyone?